Did you catch that 30 seconds of complete darkness during one of the ad breaks on Super Bowl Sunday?

It was just a technical error, but as the Washington Post put it, “a blank screen may have been preferable” to some of the commercials that actually aired.

But the Post may be right; as is the norm these days, the Super Bowl ads – arguably one of the most talked-about aspects of the big game – seemed to generate more controversy than revenue. It’s as if the companies who pay millions to advertise during the game are hopelessly tone-deaf, and getting worse every year.

Why this might be controversial is obvious; indeed, the outrage is widespread, with people sounding off on Twitter and in newspaper columns.

But was this questionable MLK spot actually an advertising coup?

After all, we’re talking about it now, aren’t we? And there’s not a hip news site (such as Vox) that hasn’t written about it. However bad this might make Dodge look, the publicity the ad is generating is undoubtedly worth far more than whatever it cost to air it in the first place.

(By the way, Dodge had the full backing of MLK’s estate.)

Now, we’re not alleging some cynical plot to make Americans buy gas-guzzling pickups (and we wouldn’t recommend it anyway). But there’s an important lesson here: Social media virality dictates that we should look at advertising in new ways, and recognize the value of a national conversation when we see one.

We’d love to continue this conversation with you, especially if you want to know what digital marketing can do for your business. Contact Fluency Digital for a free consultation today.

Making sense of all those 2018 predictions January 2, 2018
Should marketers be afraid of Facebook’s new algorithm? January 16, 2018
Why you need to learn about Blockchain technology – and soon January 18, 2018

There’s a staffing problem in digital marketing. How do we solve it? February 14, 2018 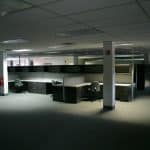 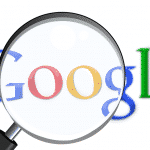 What happens when THEY google YOU? A guide to personal branding February 23, 2018