It’s because the social news aggregation website, which bills itself as “the front page of the internet,” is going through changes – and some users theorize there’s a nefarious scheme at work.

As user mrv3 put it, in a post that made the coveted front page recently, “Reddit is trying to turn this into a social network. plain and simple” (sic).

The site recently announced that a design team had been brought in to make the user experience, among other things, “more usable, accessible, and efficient.”

These changes include an infinite scroll, enhancements to the “compose post” tool, and according to Lifehacker,  “floating threads” on the front page. Check out these examples:

The administrators say this is an effort to better “interact, adapt, and communicate with the world’s largest, most passionate and genuine community of users.”

However, partly because the website is also banning its racier subreddits (like r/darkweb, and r/shoplifting), some of those users smell a rat.

Officially, no. Reddit has yet to address the charges that it wants to become the next big thing in social media. But with Facebook’s much publicized fall from grace, the writing seems to be on the wall (pardon the pun).

At the moment, though, we can be certain of one thing: the change represents real opportunities for marketers.

“Ignoring Reddit for the last five years wasn’t the smartest choice (for advertisers), but continuing to ignore it in the future is just insanity,” Search Engine Journal warns.

The site says “the time for Reddit is now,” thanks to relaxed restrictions on “self-promotion,” and a huge audience.  “Reddit is where your target audience has always been, and it’s growing,” Search Engine Journal adds.

So is Reddit where your audience is? And if so, how can you connect with this “passionate and genuine community of users” without alienating them? Fluency Digital’s dedicated redditors would love to chat with you about it, so contact us today for a FREE consultation.

How digital marketers may finally stop annoying customers in 2018 December 20, 2017
Making sense of all those 2018 predictions January 2, 2018
Should marketers be afraid of Facebook’s new algorithm? January 16, 2018 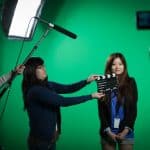 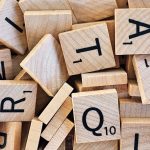 The long and short of Content Marketing word count April 5, 2018