People use the word “clickbait” as if the practice they’re referring to – writing catchy headlines to generate traffic – is a bad thing.

I’m here to take exception to that, because it isn’t. In fact, if done well, crafting “clickbait” headlines is an art unto itself.

Here’s a couple of things to keep in mind if you want to write click-driving headlines – without making your readers hate you.

Though BuzzFeed insists it doesn’t traffic in clickbait, you know exactly what we’re talking about. That’s because the famous website could probably be credited with popularizing all the stereotypical headlines: “You’ll never believe…”, “What happened next was shocking…”, etc.

Here’s a good example from CNN, of all places: 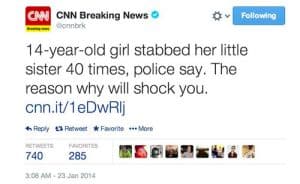 These constructions are the very definition of clickbait, and they immediately set off red flags for anyone who’s been using the internet longer than a week. The good news is, you don’t have to use them to add some mystery to your headlines and pique the reader’s curiosity.

All it takes is originality – in other words, a little effort and creativity. 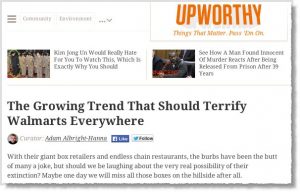 The above example, shared by blogger Jeff Bullas, was a big hit for Upworthy. It’s nothing game-changing, but it entices the reader by not giving away the story – and by not sounding like BuzzFeed.

The term “clickbait” probably has some relation to the phrase “bait and switch” – being told one thing, and getting another. No wonder it has a bad reputation. Luckily, you can harness the power of clickbait without sinking to its level.

“As long as your content delivers on its promise, you’re golden,” writes Brent Barnhart of Sprout Social.

In other words, if your headline says you have “one crazy trick” to cure snoring, your article better show the goods.

Though a misleading headline may generate some traffic at first, it’s the quality writing that really has staying power. As Barnart argues, “In-depth and well-researched content is what gets shared around, not ‘gotcha’ pieces with no substance.” 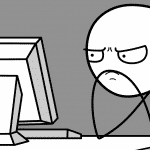 How digital marketers may finally stop annoying customers in 2018 December 20, 2017